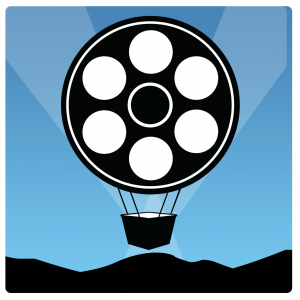 For 5 days every November, Napa Valley is taken over by a beloved festival, the Napa Valley Film Festival. Locals and visitors alike clear their schedules and spend the week eating, drinking and watching movies that vary in topics. We at Churchill Manor enjoy spending our free time that week seeing a movie or two and discussing all that has been seen and experienced with our guests. This year’s Napa Valley Film schedule runs from November 12th through 16th and will feature 120 films hosted in 3 other towns besides Napa, which are, Calistoga, St. Helena, and Yountville. Be sure to check out what is showings are scheduled for those towns as well. In Napa, there are 6 different venues that films will be shown from starting Wednesday, November 13th through the 16th. Those are, Black Box Theater, City Winery, Hess, Mercedes-Benz Theater, The Lounge, and Uptown Theater. Since there are so many films being featured in the Napa Valley Film schedule, we at did some research of our own and wanted to highlight some from each day that look particularly interesting.

The Napa Valley Film schedule starts for Napa on Wednesday, November 12th. The first film that a lot of people can relate to would be Gone Doggy Gone which follows the story of a couple who treat their dog as if it were their child and their horrifying realization when the dog has been kidnapped. This film will be playing at The Lounge at 1 pm. Also at The Lounge, be sure to stop back by at 10 pm to check out Short Stories, a collection of 3 films that are each amazing stories. One film at the Mercedes-Benz Theater that looked intriguing is Compared to What: The Improbable Journey of Barney Frank. This 90 minute film chronicles the life and career of our first openly gay Congressman.

Thursday at The Lounge will start with an interesting narrative film about 4 friends who refuse to grow up, something we all can relate to at some point in our lives. The walk the length of Manhattan reminiscing about all the good times they had. Be sure not to miss Growing Up and Other Lies at 10 am. Head over to City Winery at 2 pm and watch their Documentary Shorts Two which will feature 6 different documentary films on various topics. End the evening at 8 pm at 500 First Street with the Festival Gala. Be sure to dress your best and spend the evening in Napa Valley style. Top local chefs and wineries will put their best dishes and vintages on display for a night that you won’t forget. If you haven’t bought a Pass Plus or Patron Circle package, you can still purchase tickets for this spectacular event. Tickets start at $200 a person, $350 for 2 people or $600 for 4 people.

For Friday, we suggest going to the Black Box Theater for their 12:45 pm showing of Sun Belt Express, a story of one man being pushed to his breaking point by life’s circumstances. After losing his job, he decides to start transporting immigrants over the border in his trunk. Don’t miss this endearing comedy. Be sure to spend some of your day at City Winery for their Narrative Shorts Three at 10 am and Narrative Shorts Two at 1 pm for a day of fantastic stories. Throughout the day, there will be workshops, panels, and the Crusher Wine District event, all at 500 First Street. Be sure to check out the times and costs for tickets.

After you grab some coffee and breakfast, head over to the Black Box Theater’s first film of the day, Lutah, a riveting documentary about a architect named Lutah Maria Riggs who was an integral part of the rebuilding of Santa Barbara after the 1925 earthquake. Next spend your afternoon at City Winery and enjoy a double feature, The Disappearance of Eleanor Rigby: Her and The Disappearance of Eleanor Rigby:Him. The first show starts at 12:30 and the second at 2:30 and they tell the story of a relationship in crisis all from different perspectives. Be sure to spend some time at 500 First Street for their different panels throughout the day. For the wine enthusiast, head over to the Wine Pavilion at 2:30 pm for their “Wineries Around Napa” tour which will give you a more in depth look at some of lesser known wineries in Napa Valley.

End this fantastic festival with a bang by sampling the Student Films at 9 am at Mercedes-Benz Theater. 500 First Street will be having some fascinating panels throughout the day and be sure to keep your schedule clear for the awards ceremony at 8:30 pm at City Winery. The weekend will end at The Thomas with the Wrap party which will start at 10 pm.

As you can see, the Napa Valley Film schedule will have you busy for the entire festival. When visitors think about where they would like to stay, they prefer the intimate setting and impeccable service that comes with a B&B. Churchill Manor is the preferred choice for Napa Film Festival patrons because it is within walking distance to most of the major venues. This festival is one that should not be missed. Contact our wonderful staff today and book a room at Churchill Manor and enjoy all the films your Napa Valley Film schedule will allow.

Related Posts You May Enjoy: